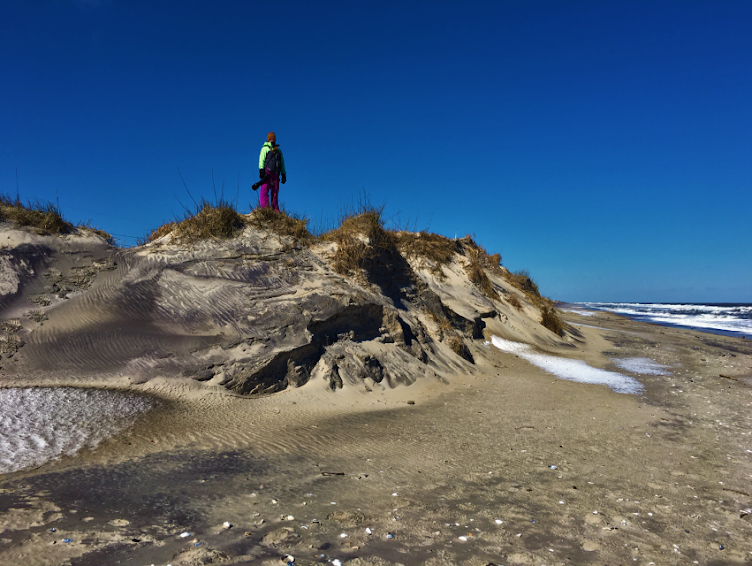 The Island of Misfit Toys

I don't know how many of you have seen the "Rudolf the red nosed reindeer" movie before but one of the scenes is where the Rudolf and his friends rescue all the misfit toys from the Island of Misfit Toys and they give them to the children, this gives the toys meaning and instills in them their reason for existing. None of the toys were friends before this and never had they ever imagined leaving their home and experienced the world and what it means to be alive. These toys are a lot like the group of us.
We started out as misfits who had yet to see all that the world had to offer and left as friends who had a new perspective about the world in which we live. I may not speak for the other birders on this trip but I know that I will never be the same after everything I saw and experienced here in Adak, Alaska. I expected to be happy when it was over but I'm not. I already miss the wild beauty and the everlasting ocean around the Aleutians.  It opened my eyes to all that the world is. Adak showed me how much humans have negatively affected our world, however it also showed me that given enough time nature will start to regrow the parts that we have destroyed. 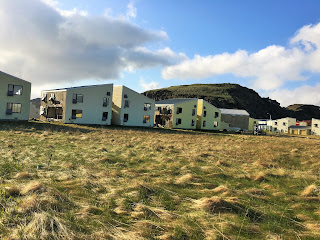 I can honestly say that the girl who got on a plane a week ago heading for Adak is not the same girl who leaves it today. I am not ashamed to say I am crying a bit as I write this because I know that I am a better and more well-rounded person due to all that I have seen this week. I am proud of who I am now and slightly ashamed of who I was before. Someone asked me during this trip if it was still a big year under protest and that got me thinking. I realized that somewhere during my travels I have really started to love birding and seeing all these gorgeous places and meeting all these amazing people. If I had spent this year sitting at home watching Netflix I would never have changed. I would still be a shell of who I could be. I don't want to bore you all with my rambling, so I will tell you about the trip that changed my outlook on life.
I hadn't known what to expect when I entered the Pük-ük (our boat) and was impressed by the conservation of space. The boat fit all eleven of us easily with room to move around without having people invading your personal space all the time. However, being in suck close proximity with all these strangers allowed us to get to know each other and we all became friends. I had never met any of them before this trip but after this week I'm comfortable with all of them. I think it helped with my interpersonal communication skill too (I need all the help I can get with that) and helped me to be a little less introverted. That is part of what I meant before when I said I broke out of my shell.
Since we all slept, ate, breathed in the same space as one another we learned each other's goals for the trip. Mine was to see a whale, my dad's was to reach 700 birds, Chris wanted to see a short-tailed albatross and so on. I think we all got what we wanted out of the trip. I saw my whale, three actually. They were all orcas who were heralded by over a hundred birds of all kinds. I missed another whale sighting when I took a nap and it shows how much we tried to help each other because I awoke to multiple people yelling "LAUREN! WHALE!" Alas the whale was gone by the time I got to the deck but it was okay. I saw my orcas.
As for everyone else's goals for the trek, Chris got a spectacular look at his short-tailed albatross and he got to almost hold a Whisked auklet in his hand when it got trapped on the boat. I almost jumped out of my skin when I looked down and BOOM out of nowhere was a whiskered auklet! It was the cutest little bird I've ever seen and it was no more than three feet away. It was so close that my camera couldn't take a picture of it. I can't imagine anyone on the boat could ask for a better view of the little bird. At first only three of us were there and seeing the auklet but we didn't want the others to miss out on the once in a lifetime opportunity to get up front and personal with it and so Chris started yelling for people saying "WHISKERED AUKLET ON THE BOAT!!" No one heard us though and if they did the implication of what was being said was lost on them. It was a relief when (dad) Olaf opened the door to check on me and got Oxsanna, one of the crew, to come pick up the poor bird. Before she let it free, she kindly showed it to the birders in the upper deck.
I realized after she left with the bird that Blair, one of the other birders, had said he was going to take a break and was sleeping. Realizing that he was missing the chance to see the auklet I raced downstairs to where he was dead asleep and woke him. It is things like that and when people woke me up to see the whale that make a trip like this as satisfactory as it is. We all look out for each other and work together to see all the birds we can. Even though most birders keep score so to speak of how many birds they see it isn't a competition. We all are working together to see as many birds as possible and that is an amazing thing. Birding is an activity like none other and I am proud to be a part of it. So in conclusion this is no longer a "big year under protest" or at least it no longer is in the way I originally intended. My outlook on this year has forever changed and I am glad it has.
Here are some of my pictures from this week in and around Adak, Alaska.

I realize that I refrained from writing much about the actual trip but that was intentional. I do not believe that words could properly tell about the amazing animals and places and about the untouched beauty of a place like Adak. In my opinion this was an experience that can only be felt, not retold. I wish you all the best in your personal adventures and realizations.
Love,
L

I don't want to make this blog too much longer but I also want to add that my trip to Gamble was spectacular in its own way and an indisputably amazing trip. I saw whales that were practically right next to me, bought ivory from the natives, and saw some really rare and beautiful birds. I wouldn't trade my trip for the world.
Posted by Catroyal at 7:58 AM 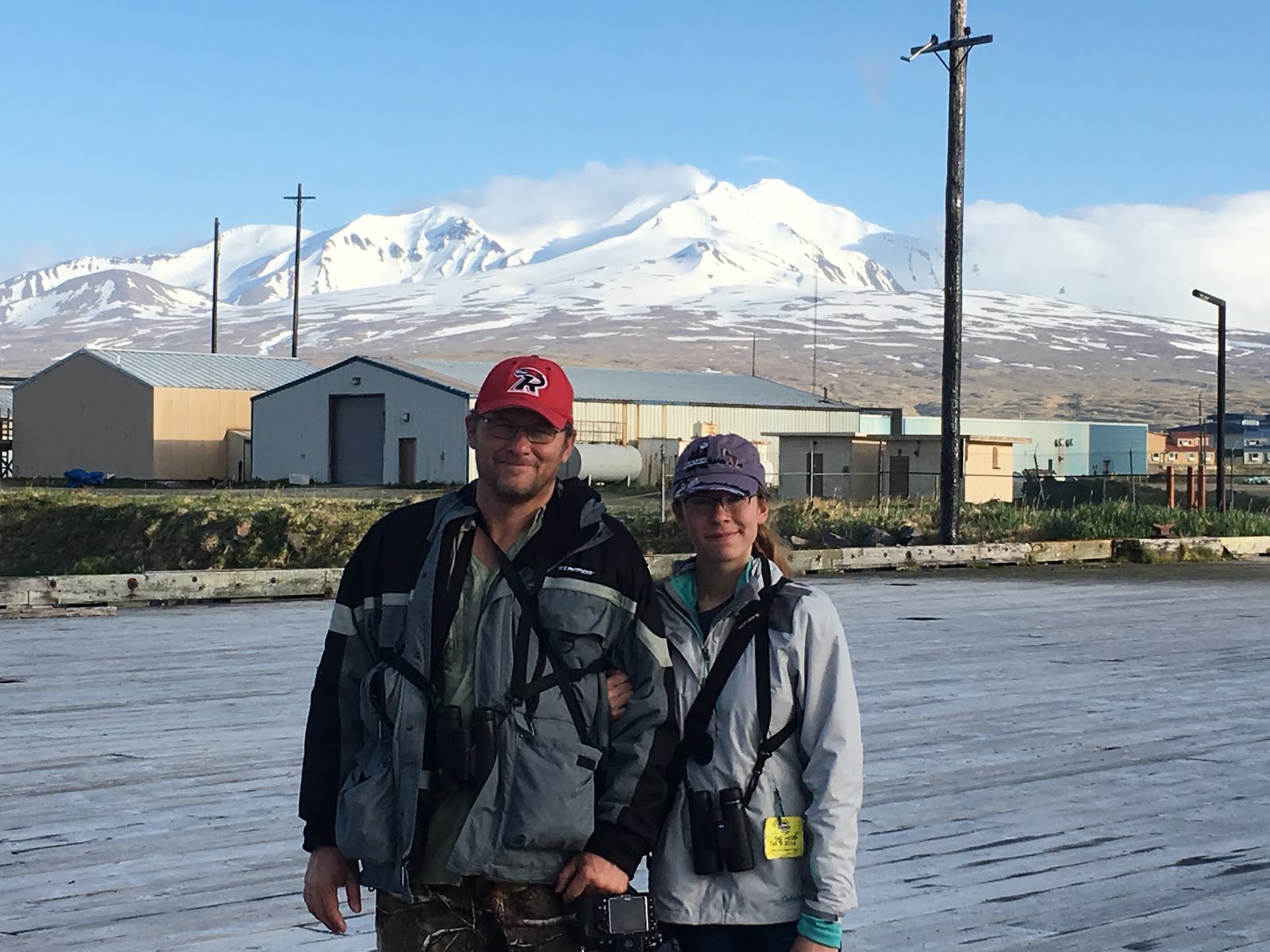 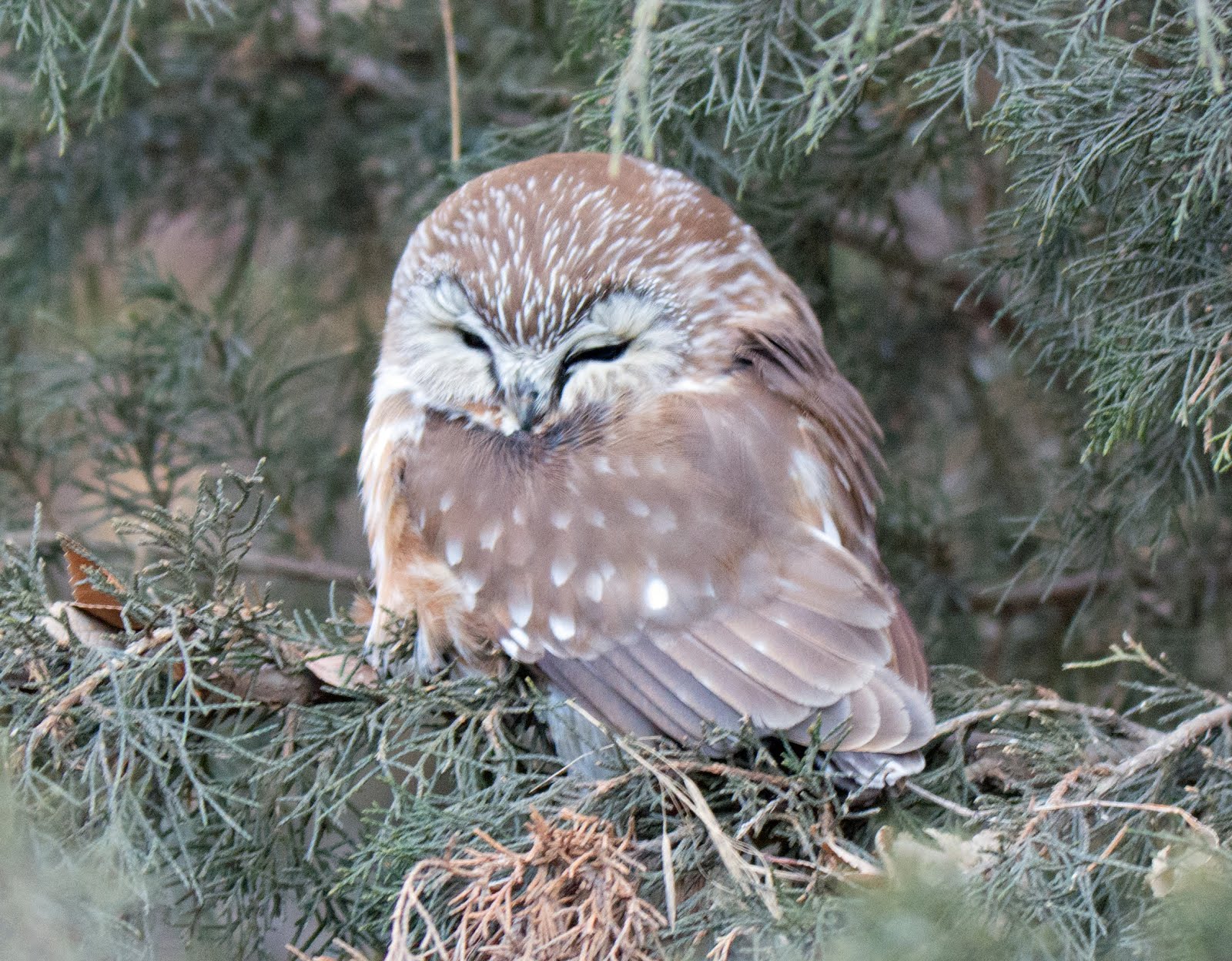